I challenge you to find at least one strategy from these stories that can make a big impact for your group, and put it into action. 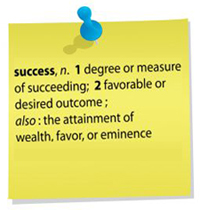 1. April Fools Extravaganza, hosted by the nonprofit Clowns Without Borders. Great idea for a “minor holiday” celebration and costume party

3. A Mover and a Shaker of Money Trees New York Times article profiles Billy Starr and his 7 secrets to making the Pan-Massachusetts Challenge charity bikeathon a success

5. A Chocolate Lovers Brunch provided a fun event with a  delicious menu to raise funds for VON Hamilton Foundation

7. Music to Their Ears—How a Symphony’s Campaign Reached Crescendo from the Association of Fundraising Professionals (AFP)

8 . Calvin College in Grand Rapids Michigan exceeded its $150 million fundraising goal.  The article explores how they accomplished this.  The college is the winner of a 2009 fundraising award from the Council for the Advancement and Support of Education (CASE).

12. Wine Tasting Party – Like a Fine Wine, Fundraising Should be Savored Lisa Krueger describes this home based event that helped her raise funds

13. A Tea Party Fundraiser is another creative event that can be hosted in a home

16. A Fundraising Success Story: Lessons Learned from efforts to grow the annual fund drive for a preschool, which was up to $100,000 annually within six years

17. A traditional Spaghetti Dinner Fundraiser raises funds for a young child with cancer

18. 10 Steps to a Successful Celebrity Waiter Event from the experiences of Soroptimist International of Santa Cruz, CA.

19. BPW Trivia Night a Success report of the first annual trivia night (it’s been so successful, there have been three since then!) A great small event for a group of friends

20. A Collaboration/Fund Raising Case Study of KaBOOM!, a national non-profit that empowers communities to build playgrounds.

21. How to Set Up a Successful Online Fundraising Page – Two Case Studies: Nonprofit Organization and Individual, from About.com