We just finished our second annual fund-raiser to benefit our medical/dental pediatric patients at Medical College of Georgia Children’s Medical Center in Augusta, GA. I am writing to you because your newsletter has been an invaluable tool to teach me how to be more successful in raising funds for this effort. I also have learned so much by trail and error. Some of which I wanted to share, just in case it might help some of your readers. 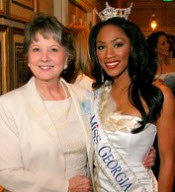 We raised a total of $41,000 net for the children’s hospital. The event was pretty formal, we described the attire as “Business or Better”. I am a volunteer, however my son is a student at the dental school and my daughter is a Dr. at the Children’s hospital, so that is how I got involved.

I started trying to get the dinner and silent auction costs underwritten by corporate donations both years. Then I could tell everyone that donated items for the silent auction and those who bought tickets to attend the event, that ALL money raised at the event itself would go directly to the children’s hospital. I appealed to these corporations and businesses sense of doing good for the community that they live and work in. I also thought who would not want to give to a children’s hospital?

I did pretty well the first year, but in a conversation that I had with a friend who is a newspaper writer I was asked why he should give to my cause, rather than any of the several other causes that contacted him annually.  He said “what can you give me?”, I was shocked at first and thought, how rude, but he was asking a legitimate question. What could I offer to a business that would make them give their charity funds to me?

I started calling advertising companies and asking if they would be willing to give me free or very cheap advertising that I could then offer to the companies that would support my charity event. I found that our local Lamar billboard sign company offered 8 electronic signs for $1500.00 for a month of advertising. They could put several ads on each sign every day, the only stipulation was that somewhere on the ad, the fact that these businesses were sponsoring this event would have to be evident. Lamar Signs said that they have very low prices for public service or charity events. The more money a company donated, the larger their ad, small donations had their logo on our own ad which advertised the actual event.

The next thing is I found that Comcast has a similar policy, They agreed to give me 300 FREE public service announcements, which could include a company’s logo as being a sponsor of this charity event. I also got our local newspaper to do an editorial on this event with a story line that they found interesting (Our chair for this event was a Student at the dental school, and this was a great story about a local young man giving back to the community that he will soon be a dentist in. I am sure that all fund-raisers have someone associated with the event that would make a great story for the newspaper.

I was then able to go to these corporations and companies and offer free advertising for their support. I was amazed at how well this worked. I was told that supporting an event like ours usually only gets the attention of those individuals who attend the event, but ours put their name on billboards all over town. I also was able to trade services and goods for advertising. I got a local printer to print our invitations and programs in exchange for advertising on the above mentioned areas. I got our local Fresh Market to put all of the baskets together of the items which were donated for the silent auction, in a professional manner (they provided baskets and talent) in exchange for advertising. 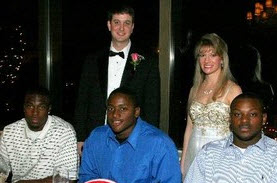 I invited the University of Georgia Football players to our event, never knowing if they would consider coming. They are in Athens, GA, which is about an hour and a half from Augusta. Several players did come, which was a selling point not only for advertisers, because the local media wanted to cover the event with the football players attending, but it was easy to sell tickets to this event.

We also invited and had in attendance, Miss Georgia, Miss Augusta, Miss Teen USA. I never knew if they would come, but they all did! We had a band for the event that agreed to perform at half price because it was a charity event. Miss Georgia and Miss Teen USA also sang as part of the entertainment.

I had the silent auction guide and it was well worth the money I spent for it. The best thing was that the silent auction was very organized, and ran so smoothly. We made about $28,000 for the silent auction portion of the fundraiser, and as your guide suggested, I made up baskets rather than just have gift certificates sitting on a clipboard, and I combined several smaller items in many cases to make beautiful baskets. I also saw from your information that we got about what was expected for the $40,000 in value of the items we had for the auction.

I found that the local merchants were more willing to give to the silent auction then the stores in the malls. Local well known artists also supported this event. All the local golf clubs gave free golf outing which included the cart for their play.

A local design company to donated their time and talent to design our theme, our invitations and our advertising logos. The only thing they asked was to be recognized at the event for two years. This was their second year, and they offered to get more involved next year for free. They said they could set up a website for our fundraiser to bring more attention to it, and people could go to the web-site to see what would be available at the silent auction, or just to donate, or to buy tickets to the event.

I did have the help of four volunteers, which was plenty.  We started early enough that we were not rushed to do anything, including picking up the auction items. I found that several area merchants hold monthly meetings to discuss things like advertising, security etc, and so I asked if I could address these meetings, and so I was able to ask several merchants at one time if they could donate something for the silent auction, I brought a sheet with each merchant listed, and passed it around so that they could each let me know if they would donate. This made it a lot easier than “cold calling” each one of them.

I guess you can tell that I am excited about everything that I learned this year, and am already planning to learn more for next years event. I really feel that I would never have been as successful without the help of your web site. I learned a lot! I hope some of what I learned will help your readers.