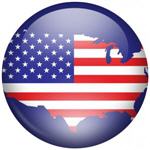 Now that the election is over I’m having a bit of the politico-news withdrawl.  I followed the political campaign closely, and also took note of several bloggers who wrote about this election from the perspective of a non-profit. I started out this post with just a handful of links like usual, but this list just kept growing!

Starting with my own posts… Election Night Blogging – Let Congress and President Obama know your stance on the issues.  How to apply Obama’s communication strategy to non profits: Focus on We, Us – For President Elect Obama; For Your Fundraising Letters.

This week Jim Berigan completed his two part series on What Non-Profits Can Learn from the Obama Fundraising Campaign.  There’s a lot of great tips in these two articles:  Part 1 – the Campaign and Part 2 – the Internet

Can Charities Learn from Barack Obama’s Fund-Raising Success? from The Chronicle of Philanthropy (posted pre-Election Day)

Because you aren’t Barack Obama (or are you?) by Jeff Brooks, Don’t Tell the Donor

What Can Nonprofit Marketers Learn from the Election? by Kivi Leroux Miller

How to Raise Money like Obama by Jeremy Gregg

The New President and Philanthropy posted by the Texas Association of Nonprofit Organizations (TANO). A very extensive list with weblinks, that shows what President-Elect Barack Obama thinks on issues of importance to the nonprofit world.

In This New Economic Reality, Nonprofits & Philanthropy Have to Confront the Fierce Urgency of Now by Rosetta Thurman

A CauseWired Campaign: What Obama’s Online Victory Means for the Social Sector by Tom Watson

Attendees at Service Nation Summit included Barack Obama, John McCain, and Hillary Clinton, many other celebrities, non-profit leaders, and regular folks like you and me (well not me, I didn’t go, but Nedra, CK and Roger did.)

The Elections are over… now what?! Thoughts from Libby Crimmings, ONE Campaign’s Regional Field Director in Iowa and Minnesota

Patriotic Patience by Gerald Britt of Central Dallas Ministries; reflections on the election and the economy

Energy Thinkers Ponder the Future Q&A with leaders/experts on environmental issues and what the new administration might bring. Posted by The New York Times

President-elect Obama responds to Transportation For America Obama’s (pre-election day) position on the US transportation system, infrastructure and green jobs.

Julia posted about Voter registration and the power of online social networking: “Apparently the (grassroots) organizer thought there would be about 5-10 people interested, but 192 signed up for the event on Mybarackobama.com and there was quite a turn out.”

Wire your cause posted at PHILANTHROPY 2173

and finally, one of my favorite quotes from the Election season, “The Internet has killed Karl Rove politics.” ~ Arianna Huffington via Cause Global It’s the Network, Stupid

Know any other great posts related to non-profits and the election? Add to this list in the comments below.  Other places to discover new blogs, new ideas can be found at … AllTop Non Profits and the Cause Blogger Search.