Shannon Draisey planned a walk-a-thon to raise money for her baby-sitter, Cheryl Markley, who was diagnosed with a rare form of cancer in January.

Unfortunately Cheryl’s condition worsened rather quickly and she passed away on March 11th, 2005. However plans continued for the walk in her honor and the name was changed to the 1st Annual Memory March for Markley2 Mile Run/Walk.

Shannon said, “I used the information from Step by Step Fundraising to assist me in sending out letters to business/organizations asking for their support as a sponsor, in newspaper ads and in the sponsor kit the I created for my walk.” 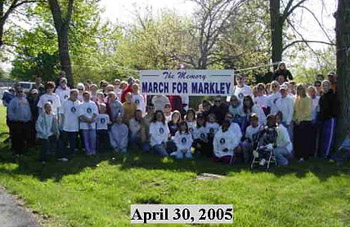 The walk was April 30, 2005 at a local park. Each participant received a t-shirt with the event date and a picture of Cheryl. Especially since many of the participants were friends or family, the t-shirts were greatly appreciated. Over 100 people attended the walk, and after expenses the event raised $3600 for the family.

Since the walk was to benefit an individual and not a registered non profit organization, donors were not allowed to consider contributions as tax deductible. However, Shannon didn’t find this to be too much of a problem and had many people including businesses donate money,goods and services.

Shannon sent out approximately 200 letters to local business and organizations which resulted in 28 sponsors. Some of them were monetary and some contributed water, the sign for the walk, a gator to get around the park in, and other supplies. 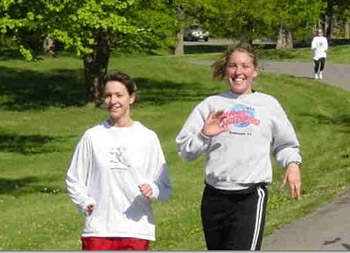 “I would have to say personal friends of Cheryl made the walk a success. With over 100 people that showed up, all of them knew Cheryl and wanted to help. But by putting an ad in our local newspaper weekly for a month prior to the walk helped to generate some additional walkers.”

Everyone was welcome to come help celebrate Cheryl’s life, support her family and raise awareness about lung cancer. Besides walkers there were also runners, moms with strollers, kids on bikes and grandparents who participated. 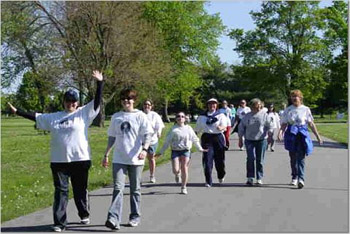 When asked what advice she would give to other walk organizers, Shannon replied, “If you want to organize a run/walk make sure you get in touch with someone who has organized one in the past. They have valuable information, tips and do’s and dont’s that will help make your walk a success.”

Next year Shannon would like to expand the walk with a challenge route for those that run or those that would like to walk further. She is also considering starting the walk a little later, maybe 10am, and then have a concessions such as hamburgers and hotdogs available for purchase after the walk. Other activities that she might add would include a
moonwalk or bounce house for kids to jump in to help raise additional money for the cause.

While this year’s walk was for the family of one person effected by cancer, next year’s walk will be expanded to raise awareness about lung cancer prevention in general. With more activities and a larger focus the walk will helpfully draw in people that might come out for other reasons and still help the cause. Shannon would like to distribute literature
to educate about lung cancer and radon levels in the basement, which was the reason the doctors believed Cheryl got lung cancer.

Next year’s walk will benefit radon research or lung cancer research. Shannon is also considering donating a portion of the proceeds to the local cancer coalition and starting a scholarship or humanitarian award in Cheryl’s name. 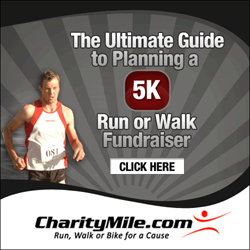